Home / Events / Calendar / A Recital by the Pacifica Quartet

A Recital by the Pacifica Quartet

Back To Calendar
With special thanks to Fonda Paterson, in memory of Charles Paterson
Jul 07, 2022
Harris Concert Hall
7:30 PM MT
$75
Import to Calendar

Described as “nothing short of phenomenal” by The Telegraph, the Pacifica Quartet won the 2021 Grammy for Best Chamber Music/Small Ensemble Performance for “Contemporary
Voices,” a CD featuring works by women composers. The Pacifica is known for its virtuosity, passionate performances, and daring repertoire. Their performances consistently reveal a depth of musical understanding, yet always sound fresh and spontaneous, inviting the listener to hear even the most familiar works in vivid new ways. The New York Times has praised its “delicacy and clarity,” and Chicago Classical Review called their ensemble playing “impeccable.”

Programs will be announced by April. 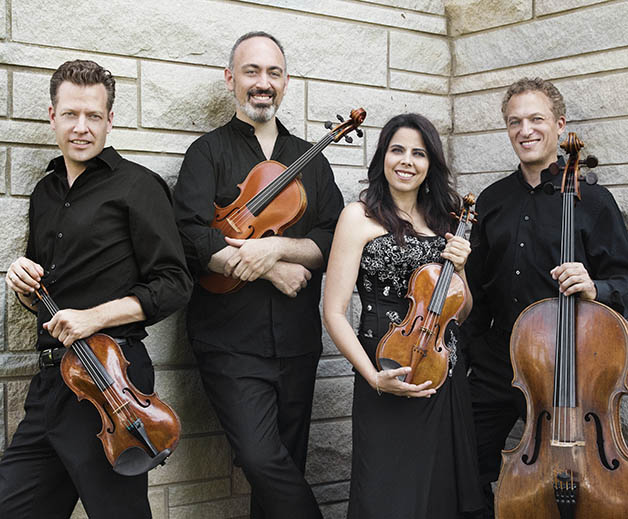