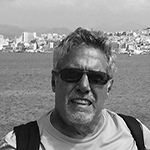 Edward Berkeley, director, is a long-term faculty member at Juilliard and is founding artistic director of the Willow Cabin Theater, where he directed the Tony- and Drama Desk- nominated play Wilder, Wilder, Wilder and others including Who Will Carry the Word? (Best Director). He teaches Shakespeare at both Circle in the Square Theater School and Pace University, and has also taught at the Metropolitan Opera’s Lindemann Young Artists Program, Princeton, Williams, and Carleton. Mr. Berkeley has directed productions at Juilliard, the NY Shakespeare Festival, Dallas Opera, Long Beach Opera, and Houston Grand Opera, where he has been the drama coach. He has also worked with the New York Philharmonic, the Atlanta Symphony, and the Baltimore Symphony. In addition, he regularly directs opera for the Boston Youth Symphony Orchestras and as thirty-plus year director of the Aspen Opera Center, he has directed many classics and new works. He recently directed Macbeth in Marseille and at Château de Lourmarin. Edward Berkeley is an artist-faculty member of the New Horizons Program, which is made possible by an endowment gift by Kay and Matthew Bucksbaum.