Patrick Dupré Quigley Back To Artist-Faculty 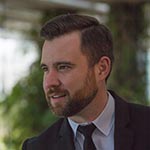 Patrick Dupré Quigley, conductor, is the Founder and Artistic Director of Seraphic Fire, and is a regular guest conductor with the nation’s top orchestras. Recent guest conducting highlights include the Mozart Requiem with The Cleveland Orchestra, Ligeti and Bach with the San Francisco Symphony, Haydn and Mozart with the Utah Symphony, Reich’s Desert Music with the New World Symphony, Stravinsky’s Symphony of Psalms with the National Chorus of Korea, and Bach, Purcell and Monteverdi with the Philharmonia Baroque Orchestra.  This year, Quigley makes his debut with Chicago’s Music of the Baroque and the Charlotte Symphony.