Scott Allen Jarrett Back To Artist-Faculty 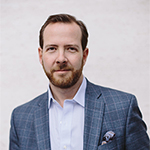 Scott Allen Jarrett is recognized as one of our nation’s leading teachers and interpreters of the vocal works of Johann Sebastian Bach. Building on a lifetime and career devoted to the study and performance of Bach’s music, Jarrett was appointed Artistic Director of the Bach Akademie of Charlotte in July of 2017, with responsibility to build an annual cantata series and summer festival of national profile and reach for the Charlotte region.

A long-time collaborator with the Oregon Bach Festival, Jarrett is Director of the Vocal Fellows Program and Associate Chorus Master, and, in 2017, conducted the festival’s opening performances of the St Matthew Passion—the only conductor other than Helmuth Rilling to have conducted that masterpiece at the Oregon Bach Festival since its founding. He returned to OBF in 2018 and 2019 as the conductor of the Discovery Series. Conducting a series of performances of the Bach B Minor Mass in 2012, Jarrett became the first guest conductor to lead Miami’s Seraphic Fire. Since that time, Jarrett has collaborated regularly with Patrick Dupré Quigley and Serephic Fire, returning this season to lead a series of all-Brahms performances. With the Bach Akademie, and his other appointments, Jarrett conducts performances of Cantatas 179, 137, 95, 69a, 80, 140, 54, 182, 36, 147, several motets, the B Minor Mass, and both Matthew and John Passions in the 2017|2018 season.

A resident of Boston, Scott Allen Jarrett is the Director of Music at Boston University’s Marsh Chapel, Resident Conductor of the Handel and Haydn Society, and Music Director of the Back Bay Chorale. At Marsh Chapel, Jarrett oversees all musical activities of the University Chapel, including three choruses, an orchestra, an ensemble-in-residence, a professional staff of singers and instrumentalists, all contributing to comprehensive and diverse musical programming throughout the year. The Chapel’s weekly Sunday service is broadcast live on WBUR, 90.9FM reaching an estimated weekly listenership of more than 50,000 throughout the region. In 2005, he established the Marsh Chapel Collegium to support the annual series of Bach cantata performances as well as regular orchestral features in the concert series. The music of Johann Sebastian Bach has been at the heart of musical life of the Chapel, and in 2007, Jarrett founded The Bach Experience, an expansion of regular cantata performances throughout the academic year, including coaching, lectures, and preaching in order to fully reveal the musical and theological genius of this extraordinary repertoire. In addition to regular performances of Bach’s Passions during Lent, Music at Marsh Chapel has performed more than fifty cantatas since the start of this series. With expanded funding and development opportunities, Jarrett has overseen the creation of the Friends of Music at Marsh Chapel Fund, providing ongoing support and connection with alums and friends of Marsh’s extensive musical community.

In 2011, Jarrett established the Living Composer Series at Marsh Chapel, affording a regular interaction with contemporary music and an eagerness to engage with and practice new music. This season includes commercial release with Gothic Records of James Kallembach’s The Most Sacred Body, an extended cantata for chorus and string orchestra commissioned by Marsh Chapel, and Jeremy Gill’s Before the Wresting Tides recorded and released with the Boston Modern Orchestra Project (BMOP). In addition to the Back Bay Chorale’s premiere of Mohammed Fairouz’s Anything Can Happen and commission of Julian Wachner’s Come my dark-eyed one, the Chorale partners with Philadelphia’s Mendelssohn Club to commission a new work for 2018 from Pultizer Prize® winner Caroline Shaw. At Marsh Chapel, Jarrett commissioned and premiered Robert Kyr’s Resurrection Oratorio in spring of 2019, with a commercial recording to be released in 2020.

Off the podium, Jarrett is active as a baritone and keyboard player. His recent recitals of Debussy and Fauré with tenor Nicholas Phan and the Collaborative Arts Institute of Chicago in September 2016 were met with critical acclaim. He can be heard as continuo player on Seraphic Fire’s recording of the Monteverdi Vespers and as pianist on their 2012 Grammy®-nominated recording of the Brahms Requiem. He joins the faculty of Seraphic Fire’s Professional Choral Institute in residence in the summer of 2018 at the Aspen Music Festival and School. He is a baritone in the professional chorus of Boston’s Handel and Haydn Society and may be heard in the bass section throughout the H+H season and on their recent recordings for the CORO label.