Vivian Hornik Weilerstein Back To Artist-Faculty 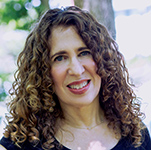 Vivian Hornik Weilerstein, piano, has performed as a soloist and chamber musician throughout the world and is a frequent collaborator with many of today’s most eminent artists and ensembles. As part of the Weilerstein Duo with violinist Donald Weilerstein, she has performed throughout the world. Their discography includes the complete works of Ernest Bloch for violin and piano, the sonatas of Janáček, Dohnanyi, and Enescu, and the complete Schumann sonatas. With the highly acclaimed Weilerstein Trio, she has recorded trios by Dvořák, Janáček, and Schumann. She has also recorded for the EMI Debut Series. Ms. Weilerstein has participated in major music festivals including the Marlboro Music Festival, Yellow Barn, Perlman Music Program, Verbier, Banff, and many more in Asia, Europe, and South America. In great demand for master classes, Ms. Weilerstein is the director of the professional piano trio program at the New England Conservatory, where she serves on the piano and chamber music faculties. She is also on the chamber music faculty of The Juilliard School. This past season, she taught and performed at London’s Guildhall School of Music, Hannover’s Hochschule, and the Musikhochschule in Lübeck. Future plans include teaching and performing at Aldeburgh, England and at the Weikersham Festival in Germany.