Back To Calendar
With special thanks to Gael Neeson, in memory of Stefan Edlis
Jul 18, 2021
Benedict Music Tent
4:00 PM MT
$85
Import to Calendar

The towering pianism of Yefim Bronfman will take over the Tent in Beethoven’s Third Piano Concerto, thought to be influenced by Mozart’s Piano Concerto No. 24. When Beethoven was out walking with his friend, the composer and pianist Johann Baptist Cramer, he heard an outdoor performance of Mozart’s concerto. After a particularly beautiful moment, he said with a mixture of admiration and despondency, “Cramer, Cramer! We shall never be able to do anything like that!” For this concerto, Beethoven chose the key of C minor, the same as his iconic 5th Symphony, and opens the work with a similar blunt terseness. The mood of the second movement is hushed, with a noble, singing part for the soloist. The concerto’s last movement is jaunty and fun with an ending that will take you by surprise. When Beethoven premiered the work, he hadn’t yet written the music down. This caused some anxiety for his page turner, who wrote: “In the playing of the concerto movements [Beethoven] asked me to turn the pages for him; but—heaven help me!—that was easier said than done. I saw almost nothing but empty leaves; at the most on one page or the other a few Egyptian hieroglyphs wholly unintelligible to me scribbled down to serve as clues for him; for he played nearly all of the solo part from memory, since, as was often the case, he had not had time to put it all down on paper. He gave me a secret glance whenever he was at the end of one of the invisible passages and my scarcely concealed anxiety not to miss the decisive moment amused him greatly and he laughed heartily at the jovial supper which we ate afterwards.”

William Dawson’s Negro Folk Symphony garnered repeated standing ovations at its Carnegie Hall premiere in 1934, with one New York critic calling it "the most distinctive and promising American symphonic proclamation which has so far been achieved.” Eighteen months later, this emotionally charged and meticulously crafted work fell off the radar and was neglected for decades. Dawson said he wasn't out to imitate Beethoven or Brahms, but wanted listeners to know that it was "unmistakably not the work of a white man…The themes are taken from what are popularly known as Negro Spirituals [and] the composer has employed three themes taken from typical melodies over which he has brooded since childhood, having learned them at his mother's knee." Celebrate the return to Aspen of two musical powerhouses: James Conlon and Yefim Bronfman, and discover a neglected masterpiece! 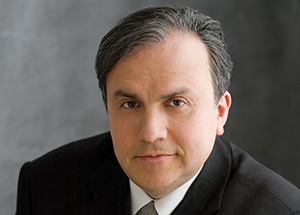