Back To Calendar
With special thanks to Ann and Tom Friedman
Aug 06, 2021
Benedict Music Tent
5:30 PM MT
$82
Import to Calendar

South African soprano Golda Schultz made her Aspen debut in 2019 and has since been recognized by The New York Times for her “standout performance as Clara in Porgy and Bess” and her “radiant-voiced and tenderly innocent Sophie” in Der Rosenkavalier at the Metropolitan Opera. Her Carnegie Hall recital was called “a peak experience” by The New Criterion.

Barber’s Knoxville: Summer of 1915 is a perfect vehicle for her crystalline voice and nuanced expressiveness. This dreamlike work paints an idyllic, nostalgia portrait of James Agee’s hometown of Knoxville seen through the eyes of a child. Schultz will also perform the showpiece aria “No word from Tom” from Stravinsky’s The Rake’s Progress.

The Grammy-nominated Brazilian-American composer Clarice Assad wrote Sin Fronteras (Without Boundaries) “from a utopian state of mind…daring to erase imaginary lines that disconnect us geographically, culturally and morally: Boundaries that the human race has willingly subscribed to for thousands of years. But what would happen if the walls that separate us from really getting to know one another were not there? While in the real world this idea would generates a fair amount of confusion, in the realm of music of the 21st century, this does not need to be so!”

Capping off this program with its themes of childhood and imagination is Ravel’s exquisitely orchestrated Mother Goose Suite, a depiction of several fairy tales which he originally wrote for piano four hands for the children of the composer’s friends. Hear one of opera’s rising stars in an enchanting program! 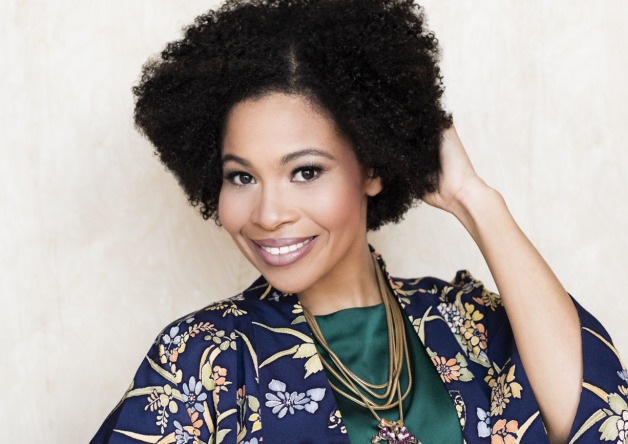