Lee Anne Myslewski Back To Artist-Faculty 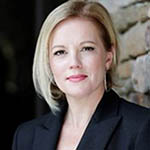 Wolf Trap Opera, Vice President. Lee Anne Myslewski has been an integral member of Wolf Trap’s Opera and Classical Programming team since 2006, hearing over 7,500 auditions and helping to cast the last 13 seasons of Wolf Trap Opera. She conceived of the UNTRAPPED series of programming in 2016 which has featured artistic partnerships with the Shakespeare Theatre, Taffety Punk, Halcyon, AMP at Strathmore, as well as ongoing partnerships with The Phillips Collection, the Library of Congress and the National Orchestral Institute + Festival.

Myslewski also created the Artistic Advisor position for Chamber Music at The Barns collaborating with an artist or ensemble of significant influence in the field to help identify performers and repertoire for the acoustically superb Barns at Wolf Trap.