Mark Williams Back To Artist-Faculty 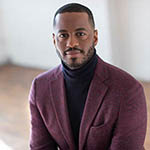 Mark Williams’ fresh, progressive mindset imbues every facet of his work. A seasoned arts professional, Williams was appointed Chief Executive Officer of the Toronto Symphony Orchestra in April 2022, to lead the internationally renowned organization into a milestone centennial season and beyond—to set the tone for the symphonic future of Canada’s largest city.

Williams’ strategic acuity and pursuit of excellence have allowed him to flourish and deliver as an orchestra executive, with a resume that includes a nine-year tenure at The Cleveland Orchestra and serving as Artistic Administrator of the San Francisco Symphony.

As a Black executive and CEO, Williams has been active in reshaping the arts landscape—he is committed to empowering the next generation of Black and Latinx executive arts leaders, having served as a mentor for Sphinx LEAD (Leaders in Excellence, Arts & Diversity), and was a Trustee of College Now Greater Cleveland, supporting access to higher education for young people. He was also a Jury Member of the 2022 Nielsen Violin Competition.

A Cincinnati native, Williams began his career as a horn player and holds a bachelor of music degree in horn performance from the Cleveland Institute of Music and Case Western Reserve University, where he was honoured with the Alumni Achievement Award in 2017.