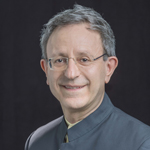 Praised for the elegance and intensity of his interpretations, Pierre Vallet is a frequent guest conductor with the world’s great opera companies. Performance highlights include Madama Butterfly and Faust at the Metropolitan Opera; Tannhäuser, Carmen, and Tales of Hoffmann at L’Opéra National de Paris; Samson et Dalila and Carmen at the Dallas Opera; Orfeo at Opera Theater Saint Louis; Don Carlo at the Lithuanian National Opera Theater; La Juive at the Göteborg Opera, Sweden; and Faust at the Gran Teatro del Liceu, Barcelona.

With the Royal Philharmonic and Elizabeth Sombart, Vallet has recorded the complete Beethoven piano concertos, the Chopin piano concertos, and an album, Favourite Adagios from the Great Piano Concertos. He enjoyed a twenty-year musical partnership with Seiji Ozawa, with whom he worked closely on some forty operatic productions. For the past 22 years, he has been associated with the Metropolitan Opera, first as pianist and coach, more recently as staff conductor.

A committed educator, Pierre Vallet is a sought-after lecturer and guest teacher at the world’s premier training institutions including the MET Lindemann and The Juilliard School. He is a graduate of L’Ecole Normale de Musique de Paris and the Conservatoire National Supérieur de Musique de Paris.