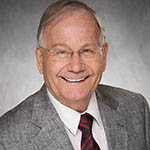 Ingo R. Titze is a pioneer in Vocology, a field he defined as the study of vocalization. He was born in Hirschberg, Germany, in the heat of World War 2 and immigrated to the US in 1955. Much of his life has been devoted to singing, both classical and contemporary. As a young tenor, he began to study the physics that underlie voice production. He received a Master degree in Electrical Engineering in 1965 and a Ph.D. degree in Physics in 1972. In industry, he worked as a Research Engineer for Argonne National Lab, North American Aviation, the Boeing Company, and Bell Telephone Laboratories. In academia, he held positions in physics and electrical engineering at Brigham Young University, California State Polytechnic University, the University of Petroleum & Minerals in Saudi Arabia, Gallaudet University in Washington, DC, and a final long-term appointment as Distinguished Professor at the University of Iowa. He is the Founder and President of the National Center for Voice and Speech, and first President of the Pan-American Vocology Association. He has published over 500 articles in scientific and educational journals. His book publications include Principles of Voice Production (1994), The Myoelastic-Aerodynamic Theory of Phonation (2006), Vocology: The Science and Practice of Voice Habilitation (2012), and Fascinations with the Human Voice (2010). His research interests include biomechanics of human tissues, acoustic phonetics, speech science, voice disorders, professional voice production, and computer simulation of voice. In 2007, he was awarded the Silver Medal Award from the Acoustical Society of America, and in 2020 The Voice Foundation established the Sundberg-Titze Award to honor two colleagues who have dedicated their lives to the art and science of singing. Prof. Titze has been married to Kathy Pittard Titze for nearly 53 years and has four children and nine grandchildren.