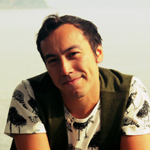 In 2013, Esteban was awarded the ProArte Prize for Young Artist of the Year in Chile. His most recent engagements include Wagner’s Der Ring des Nibelungen at the Houston Grand Opera, and Prokofiev’s The Fiery Angel with Barrie Kosky and the new stage production of Halévy’s La Juive with Calixto Bieito, both at the Bayerische Staatsoper. He is currently a staff member of the Komische Oper in Berlin. Upcoming productions include Stravinsky’s Petrushka and Ravel’s L’enfant et les sortilèges with the theater group "1927" at the Komische Oper, and Wagner’s Götterdämmerung with Carlus Padrissa at HGO.

Muñoz studied performance, musicology, and art history at the Ludwig Maximilian University of Munich, and has completed a master’s degree in dramaturgy at the Bavarian Theater Academy.