Michael Heaston Back To Artist-Faculty 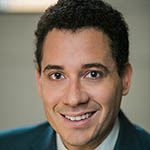 Having firmly established himself as one of opera’s most important leaders and mentors, Michael Heaston has enjoyed a varied career as a well-respected administrator, collaborative pianist, and vocal coach. He is Assistant General Manager, Artistic at The Metropolitan Opera where he oversees casting and artistic planning in addition to running the entire Artistic Department. Prior to this he was Professor of Opera/Director of Opera Studies at Rice University and Music Director of the Houston Grand Opera Studio. He served as Executive Director and Acting Artistic Director of the Lindemann Young Artist Development Program at The Met. He has also been the Director of the Cafritz Young Artist Program, American Opera Initiative, and Advisor to the Artistic Director at Washington National Opera, Associate Artistic Director at The Glimmerglass Festival, and Head of Music Staff at The Dallas Opera.