Nancy Goeres Back To Artist-Faculty 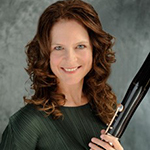 Nancy Goeres is the principal bassoonist of the Pittsburgh Symphony Orchestra and is on the faculties of Carnegie Mellon University, Boston University, and the Sarasota Music Festival. Since 1991, she has been a performer and teacher at the Aspen Music Festival and School. She has appeared at the Santa Fe Chamber Music Festival, Marlboro Festival, Music in the Vineyards, and other festivals around the world. As a soloist with the Pittsburgh Symphony, she has commissioned and premiered concertos by Alan Fletcher and Ellen Zwilich (which she recorded with the PSO and Lorin Maazel for commercial release). An active teacher, Ms. Goeres has given master classes in Europe, Canada, Mexico, South America, and returns frequently to China. In the United States, she often works with the students of the New World Symphony in Miami Beach, The Juilliard School, and the Curtis Institute of Music. A native of Lodi, Wisconsin, her principal teachers were Sherman Walt and Richard Lottridge. She serves on the board of directors of the Woodlands Foundation, whose mission is to enrich the lives of children and adults with disabilities. Nancy Goeres is an artist-faculty member of the New Horizons Program, which is made possible by an endowment gift by Kay and Matthew Bucksbaum.